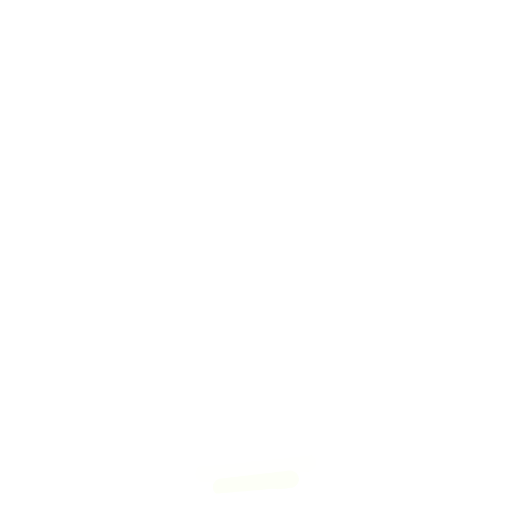 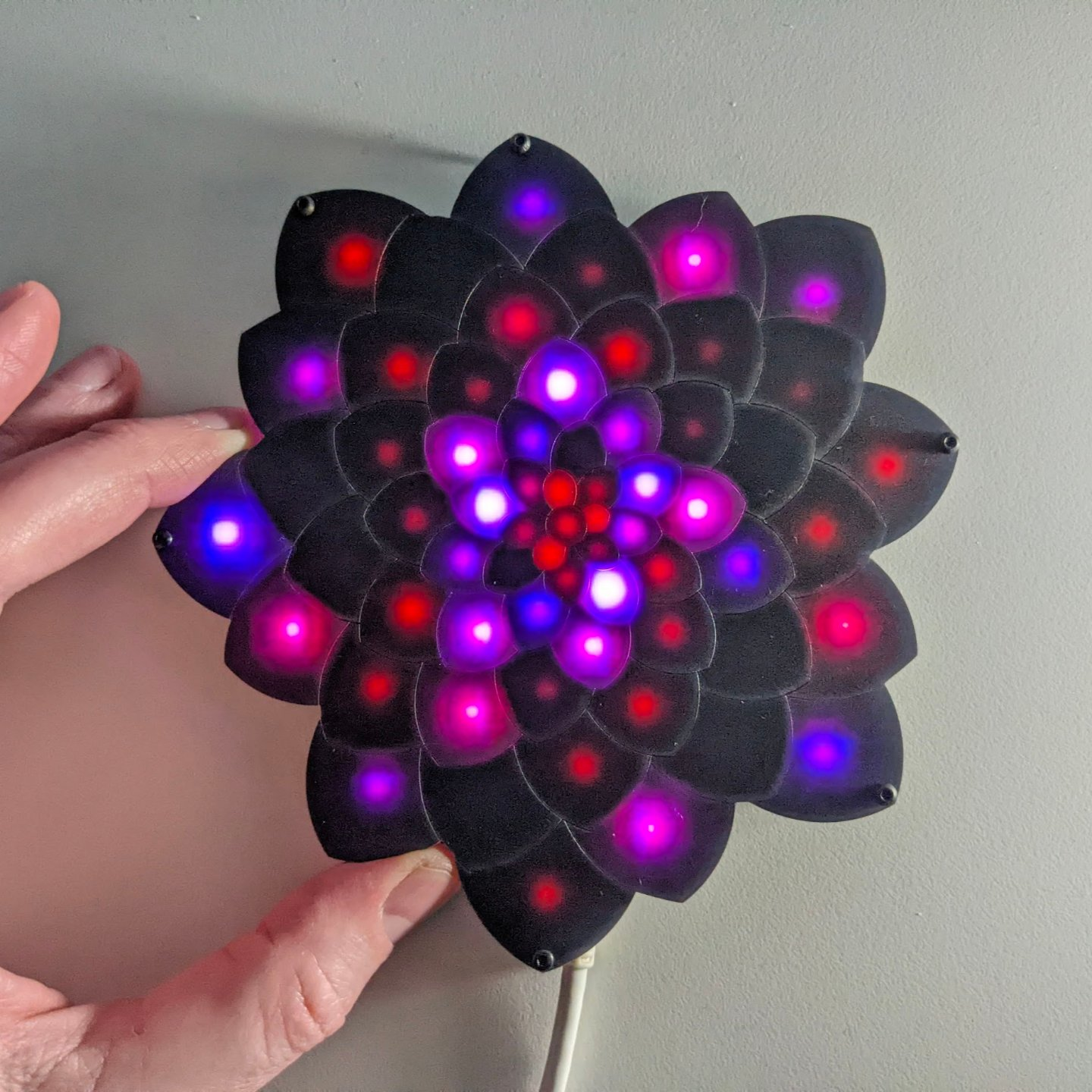 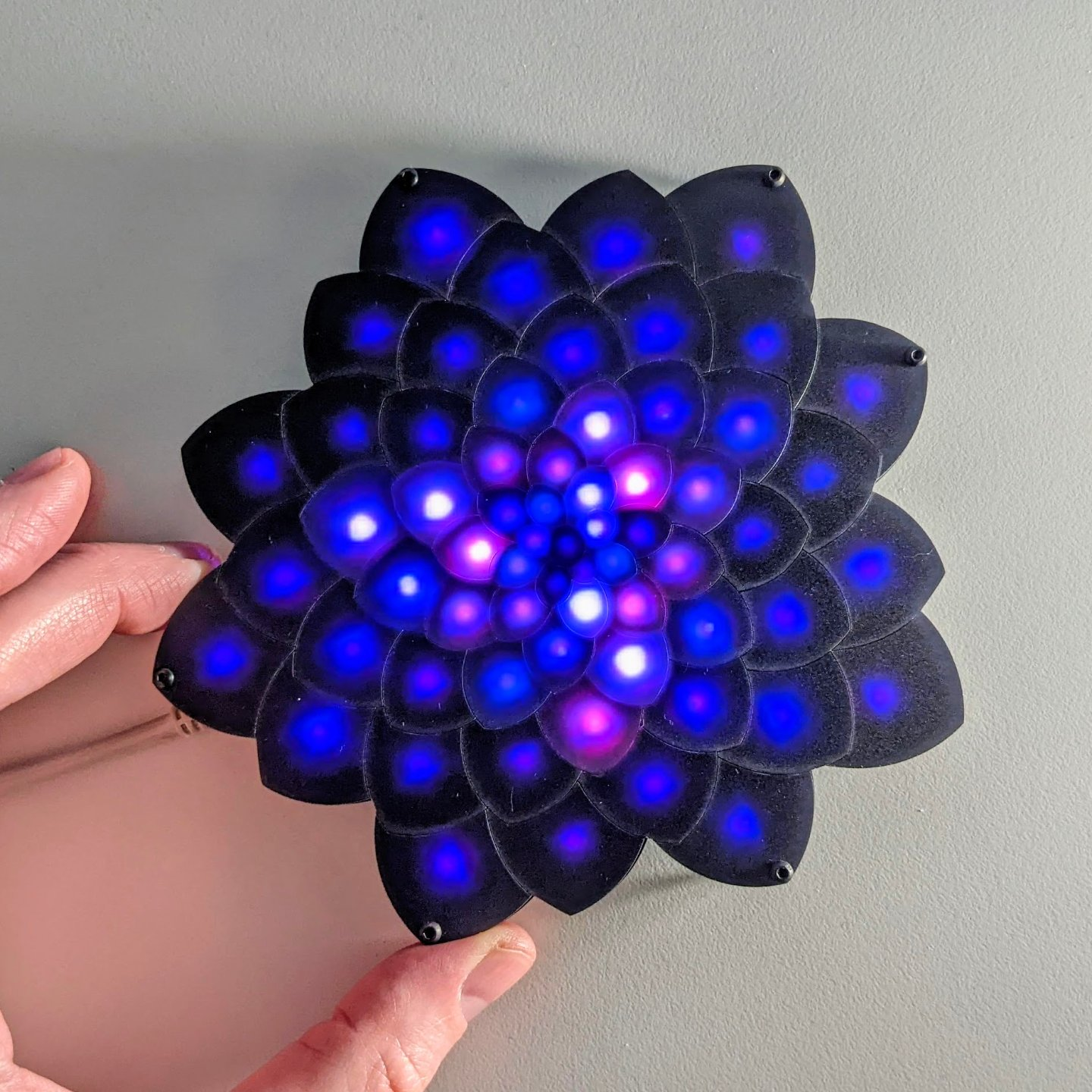 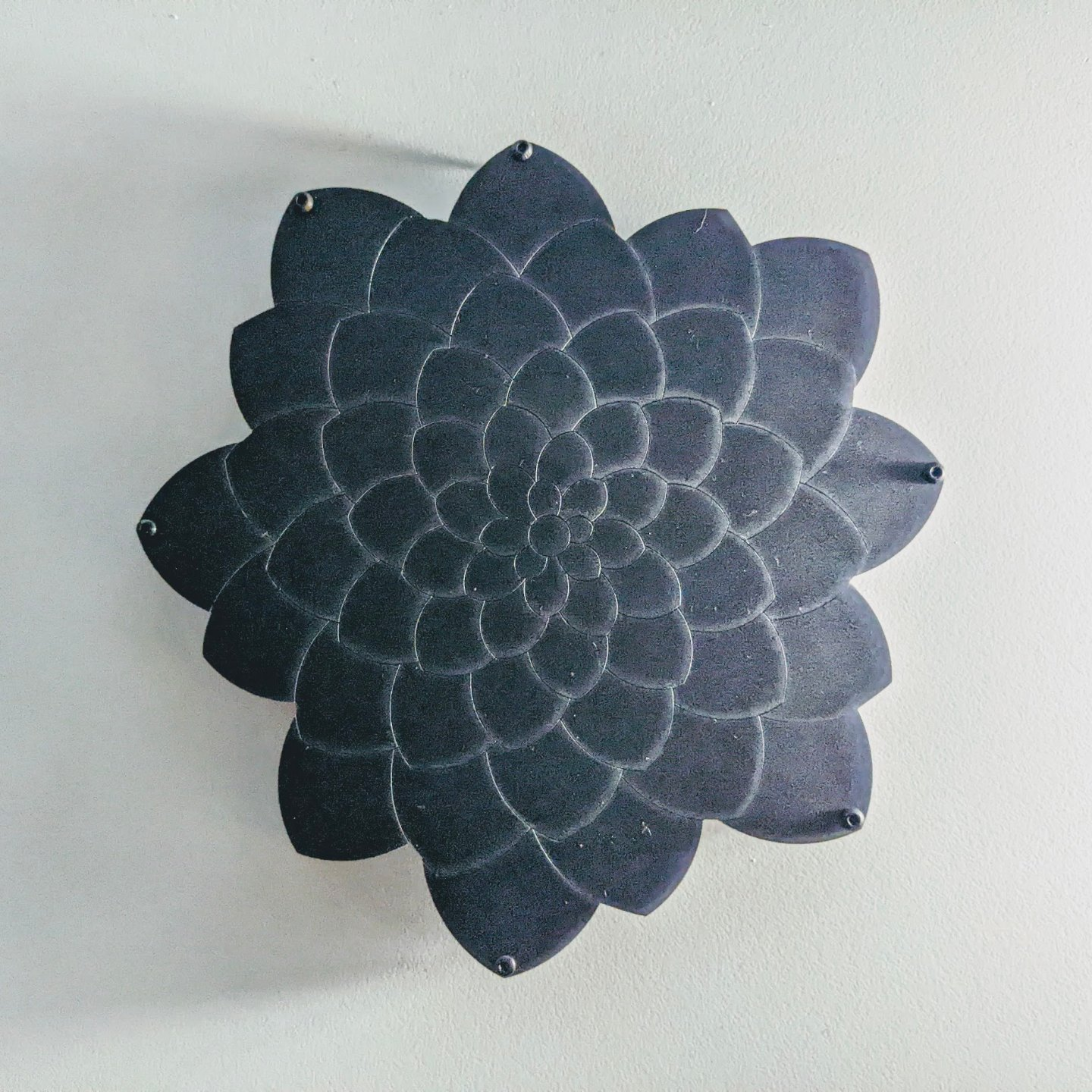 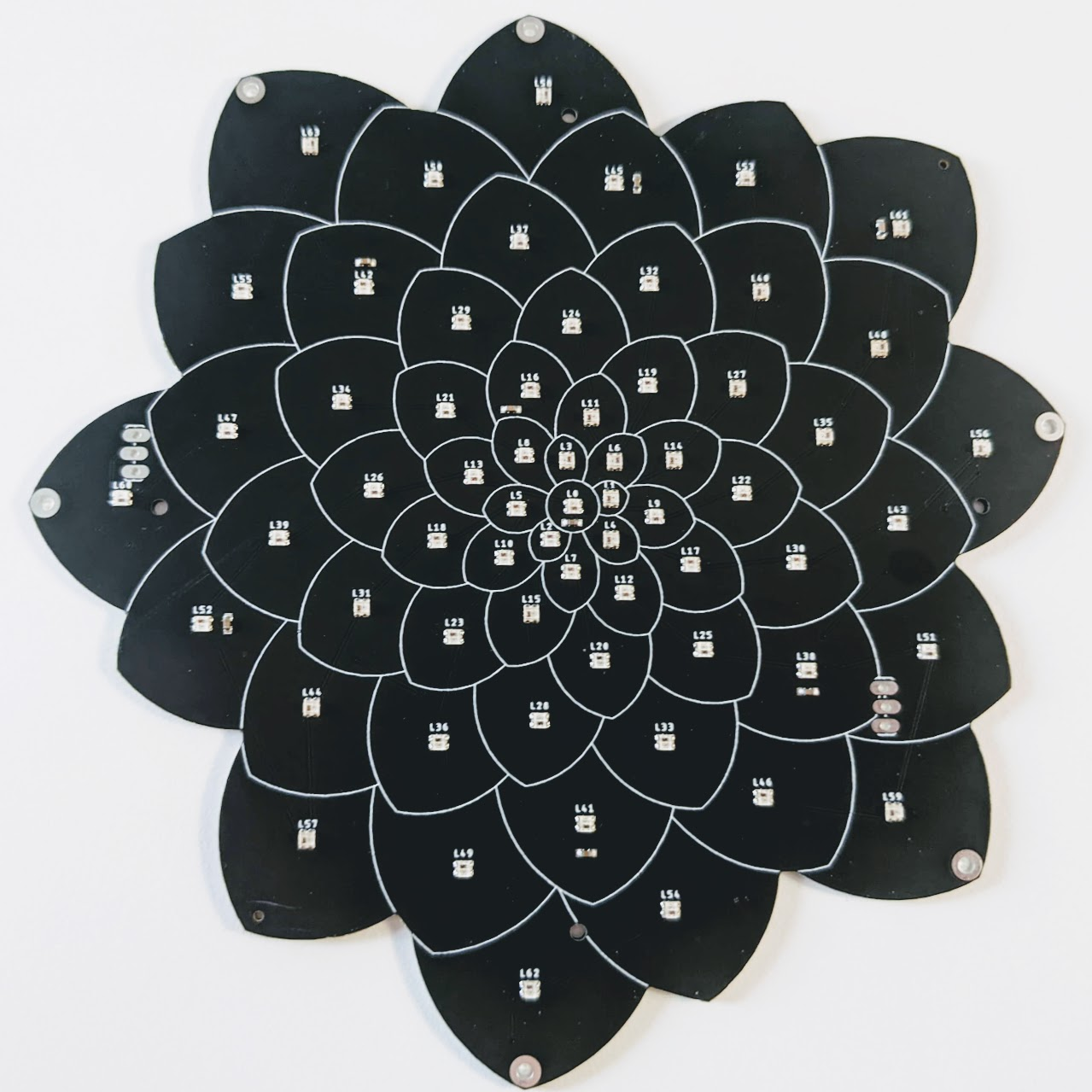 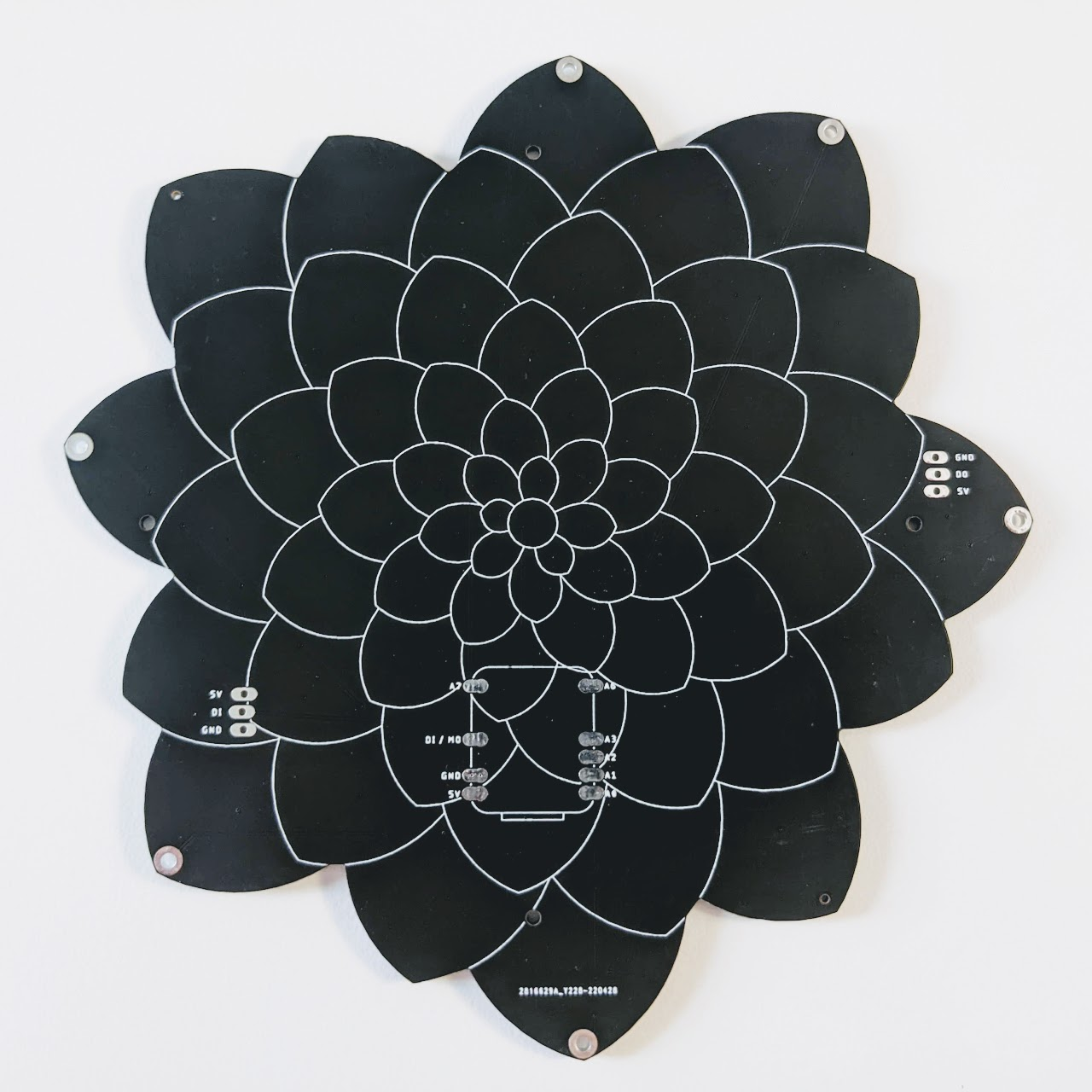 Fibonacci64 Flower is a beautiful 148mm PCB with 64 RGB LEDs surface mounted in a Fibonacci distribution. Swirling and pulsing like a colorful galaxy, it’s mesmerizing to watch.

It has solder pads on the back that match the pinout of the QT Py by Adafruit, or XIAO by Seeed. It can be used by any microcontroller via the 5V, GND, and Data In pins. It also has a Data Out pad, for connecting more LEDs on the same data pin.

The six mounting holes are surrounded by capacitive touch compatible pads. They’re connected to the A0-A3, A6 & A7 pads/pins on the QT Py footprint. The SAMD21 QT Py supports capacitive touch on these pins. Most other QT Py / XIAO boards, such as the RP2040, do not support capacitive touch.

It was inspired by and created with a fork of bleeptrack’s overflower project:

It consists of 64 RGB LEDs, arranged into a flower-shaped Fermat’s spiral pattern.