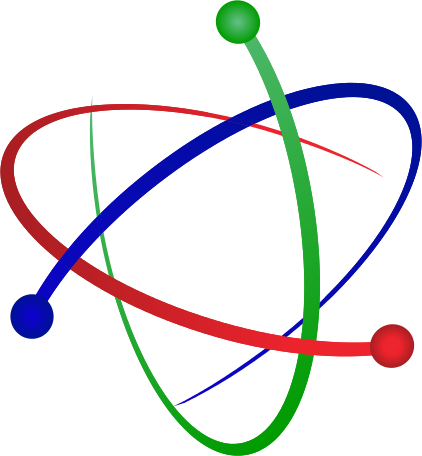 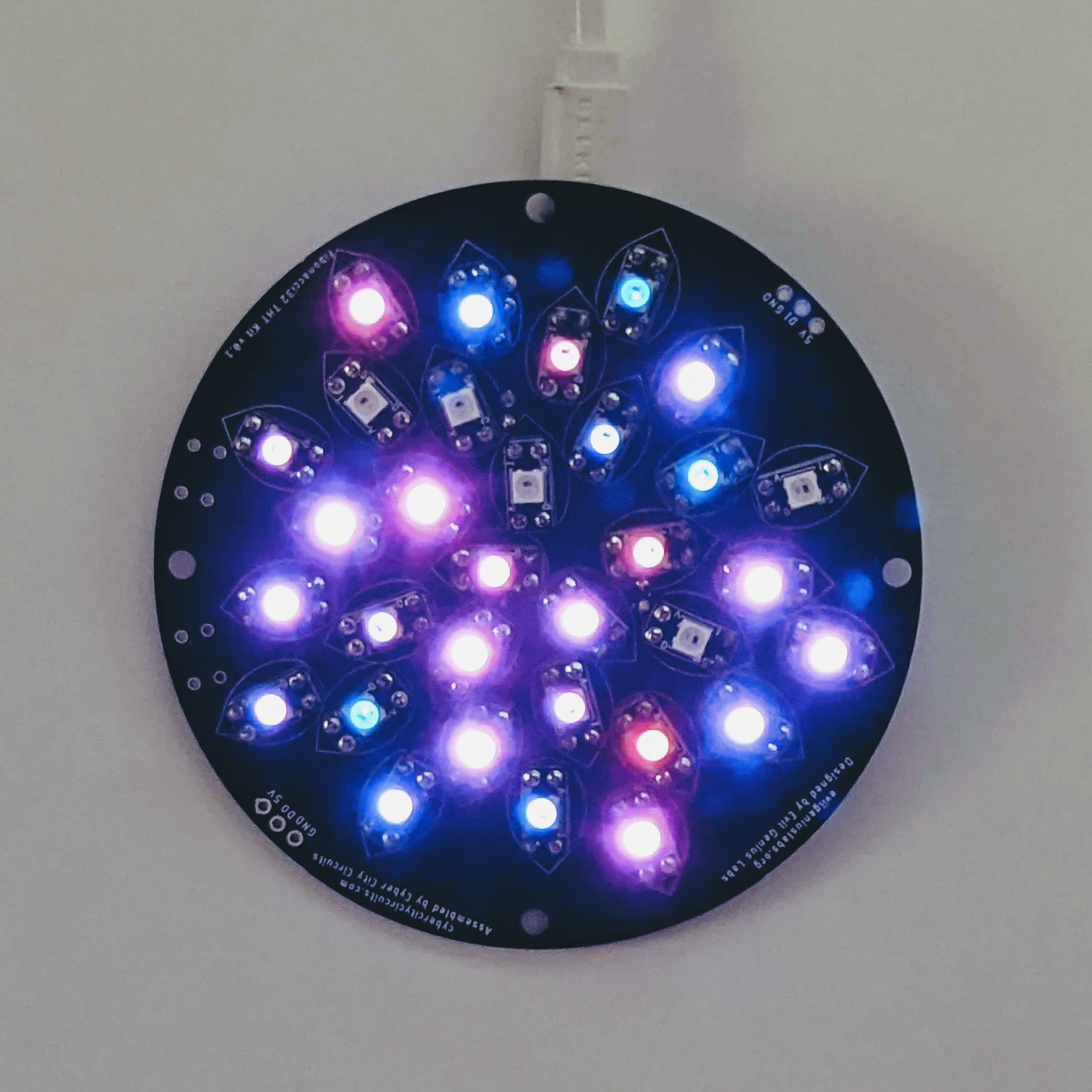 Fibonacci32 is a beautiful 86mm circular disc with 32 RGB LEDs surface mounted in a Fibonacci distribution. Swirling and pulsing like a colorful galaxy, it’s mesmerizing to watch.

It consists of 32 RGB LEDs, arranged into a circular Fermat’s spiral pattern.

Note: Double-check the position, alignment, and orientation of each component very carefully before soldering!

If you’re new to soldering, I highly recommend reading through a good soldering tutorial, such as the ones by Adafruit and SparkFun.

Note: Double-check the orientation of each LED very carefully before soldering! It is much more difficult to desolder and fix incorrectly placed LEDs.

The small black dot in the middle of each and every LED should point toward the outside of the main round PCB.

You can insert and solder the LEDs in any order. If you follow the order listed below, you can stop and test the LEDs at any point. It’s not a bad idea to test after each LED. If a mistake is made, or an LED has failed, it will be easier to fix the fewer LEDs have been assembled.