It consists of 200 RGB LEDs, arranged into a spherical Fermat’s spiral pattern. 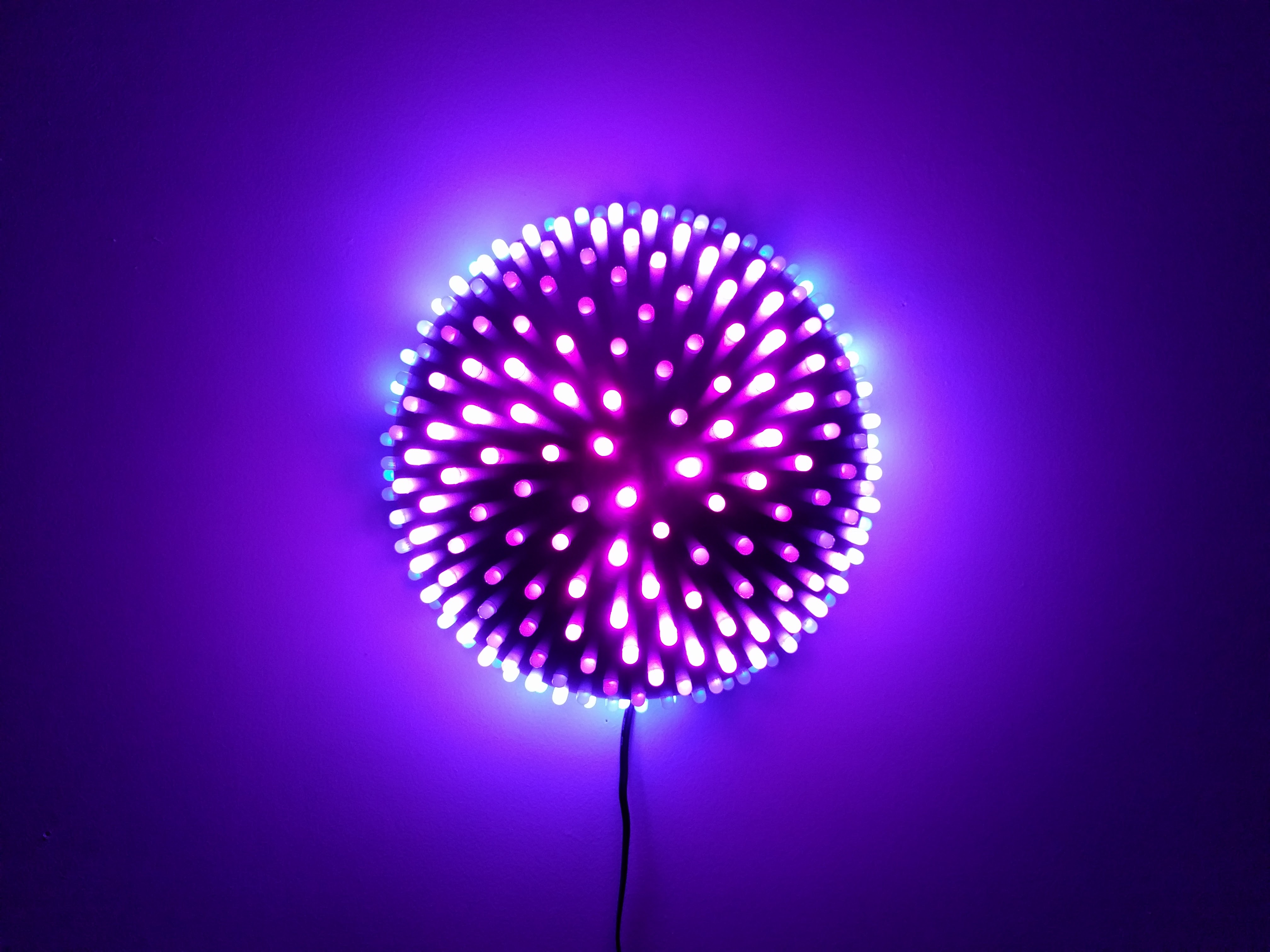